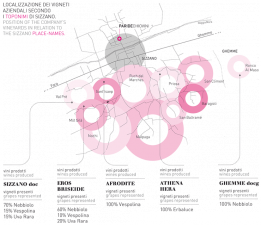 My farming company was founded officially in 1997, when I decided to take-over, as a hobby, the small-scale activity started by my grandfather, Isidoro; it produced unbottled wine and grapes for third parties. Following a few years’ experience in an important eno-chemical analysis laboratory, I acquired the basic skills that allowed me to transform my hobby into a full-time job. With the support and experience of my family, over the years I gradually purchased small pieces of land cultivated as vineyard to add to my grandfather’s property.

The restructuring of the winery in 2009 and the purchase of the equipment necessary for the operations allowed me to autonomously perform and supervise the activities associated with all phases of the production cycle. Thanks to the ongoing commitment and support from my family and my own personal efforts, since 2004, I have been managing three hectares of vineyard, located between Sizzano and Ghemme, producing the grape varieties: Nebbiolo, (the local name is Spanna); Vespolina (also known as  Ughetta), an autoctone vine of the Novara area (Piedmont), producing red berries;  Uva Rara (a grape also called Bonarda Novarese), also an autoctone vine producing red berries. The wines, like my name, were inspired by the Gods and the Heroes of Ancient Greece. They all have unmistakeable personalities and their lives and experiences entwine to form a common root.

A part of the ‘old’ vineyard is characterized by a low density of stakes. The vines, despite their age, have reached production equilibrium that, thanks to a well-developed root apparatus, exalt the intrinsic features of the territory and produce excellent grapes. The density of the ‘new’ vines exceeds 4000 plants per hectare and were lovingly planted on pieces of land that were historically dedicated and designed to best exploit the sunlight. All of the operations on the vines, from the pruning of the green shoots and again in winter, are performed manually to avoid ‘stressing’ the plants. The wine-production facility has a capacity to produce 100 hl; it is equipped with stainless steel vats, two of which

fermented with temperature control devices. Following the restructuring, the old stable was transformed into a department for bottling and storing the most prestigious maturing wine in wooden barrels of capacity 225 and 500 litres at a constant temperature. At the time of writing, the total annual production is approximately 10,000 bottles, with a mean yield per hectare of 6,000 kg; the wine is produced in accordance with the wine-making techniques governed by the production regulations for Sizzano DOC, for the Colline Novaresi DOC and European regulations for the integrated struggle to protect the environment. Agronomist, Michele Vigasio, and Enologist, Maurizio Forgia, provide me with the technical assistance necessary to manage the vineyards and the vines, in full respect of the natural cycles and processes.

The Colline Novaresi is a hilly area that sits between two rivers in the north of the Italian Piedmont region: the River Sesia that flows down from the Monte Rose Massif, and the River Ticino that originates in the Gottardo  Mountain range; the latter giving rise to Italy’s world famous Lake Maggiore, continuing to join the River Po. Twenty-five towns in the area produce white wines from the Erbaluce grapes and important cellarable full-bodied red wines, produced using autoctone grapes, particularly  Nebbiolo, Uva Rara and Vespolina. The favourable microclimate and the terrain of morainal origin, consisting of clay, sand and river rocks, make it particularly suitable for vine cultivation. The historical production areas are the towns that give their names to DOC wines such as Boca, Fara, Sizzano and  Ghemme DOCG. 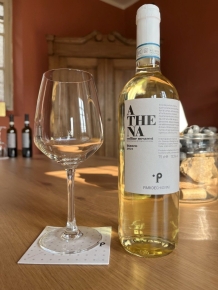